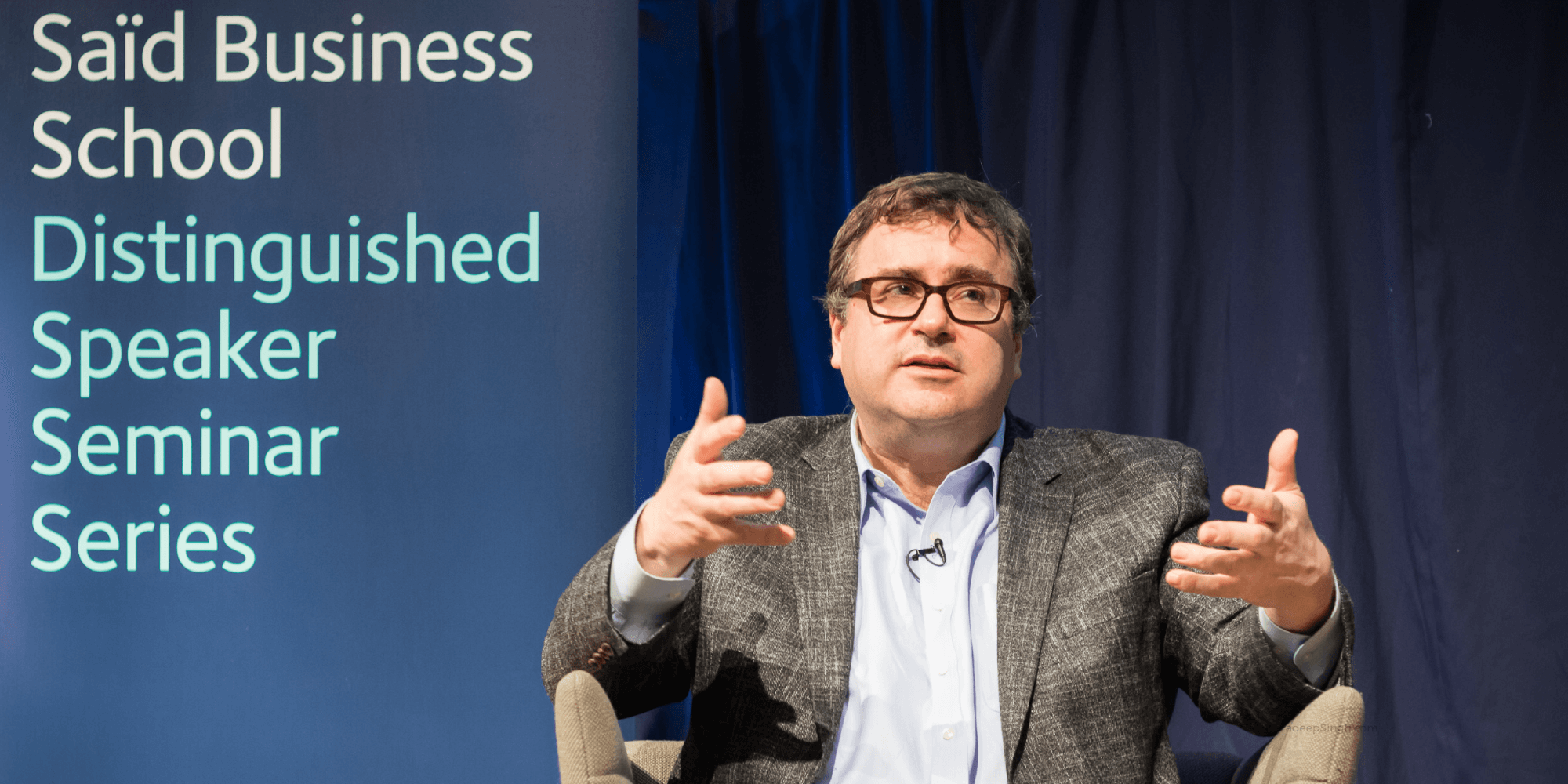 For those of us in tech and startups, Reid Hoffman doesn’t need any introduction. He is a silicon valley veteran and the brain behind many startups that we know today.

In an hour-long talk with the school’s dean Peter Tufano, Hoffman spoke on several topics and issues related to Entrepreneurship and Startups. The conversation specifically revolved around topics including blitzscaling, trends in technology, and modern career trajectories.

You can watch the talk recorded live in the video below.

Sorry for the poor quality of the video – the school’s wifi wasn’t strong enough to meet the requirements for Facebook’s high-quality live video.

Here’re a few photos that I managed to take at the event in addition to streaming the live video.

Introducing Reid Hoffman, School’s dean Peter Tufano first took an aside to talk about how Said Business school (SBS) has been supporting entrepreneurs with their LaunchPad program and other activities.

The aside, however, was for a big announcement that Reid Hoffman has donated a seed fund of $1M for ‘The Oxford Foundry,’ a new initiative to support future student entrepreneurs from across Oxford. Hoffman has also agreed to be the senior advisor giving his time and advice to the initiative.

The discussions then started with Reid’s book Startup of You, which is a fantastic book not only for startup founders but for all graduates to think about their careers in an entrepreneurial way.

He also managed to take a few questions from the audience to talk about a wide range of other topics towards the end of his talk.

Interestingly, as a prolific venture capitalist, Hoffman was also asked about the current hot issue of Peter Thiel vs Gawker. With no surprises, Hoffman had a straightforward answer in support of Peter Thiel keeping the secrecy part of his involvement aside.

Finally, he took some time to stay after his talk and meet some of us for a group photo. Here’s a group photo kindly provided by David of Fisher Studios.

When the school emailed us about this announcement, it was mentioned that this will be one of the rare chances to see Reid speak in the UK.

Hi, welcome to my blog! I am a marketer, blogger and an internet entrepreneur. I help startups, marketers, and entrepreneurs succeed with content and commerce. Join me on Twitter or connect with me on LinkedIn and Facebook.